7 Things to Eat and Drink to Lubricate Creaky Joints 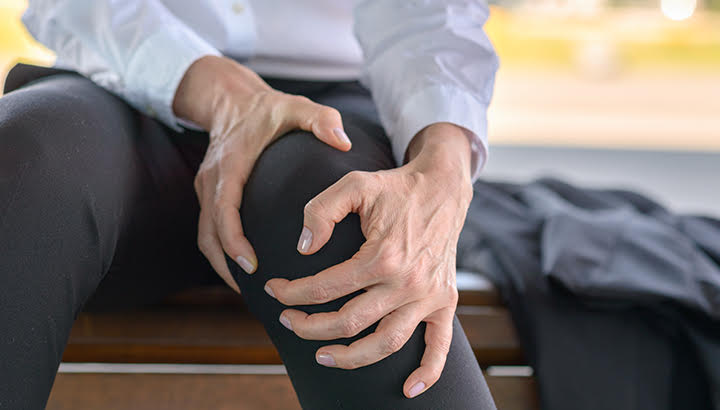 Chronic joint pain and inflexibility brought about by runaway inflammation impact millions of people – most of whom have arthritis. Those suffering from joint pain almost always experience a significant decline in quality of life, with their debilitating condition preventing them from enjoying their favorite recreational pursuits, performing at their job, or even the simple pleasure of playing with their children or grandchildren. According to The Centers for Disease Control (CDC), one in four adults with arthritis experience severe joint pain. Almost half of adults with arthritis report persistent pain.

The pharmaceutical industry has responded by creating a plethora of pain killers and inflammation reducers. Every single day, millions of dollars are spent by desperate individuals looking for relief.  The problem with these drugs, however, is that the pharmaceutical industry really doesn’t know enough about them to be dishing them out like candy.

The scariest part of all is that all over-the-counter painkillers except aspirin and acetaminophen will now carry an extended warning. The FDA states that NSAIDs can raise a person’s risk of developing a stroke, heart failure, and heart attack. When taken in combination with antidepressants, NSAIDs may also cause bleeding in the brain. Drug safety expert Bruce Lambert, director of the Center for Communication and Health at Northwestern University, told The New York Times, “One of the underlying messages for this warning has to be there are no completely safe pain relievers, period.”

There’s got to be a better solution

The ancient Greek physician Hippocrates is credited with saying, “ Let thy food be thy medicine, and let medicine be thy food.” Today, this truth has been validated by research, and depending on what you eat – food can either nurture your body or put you on a fast track to pain and early death. What if you could add a few valuable foods to your diet that would help to reduce inflammation and lubricate creaky and painful joints from the inside out. Let’s take a closer look at five of these powerful foods.

Ginger functions as a natural anti-inflammatory agent in the body, thanks to compounds known as gingerols and other antioxidants. It has been used in traditional Ayurvedic remedies since ancient times for reducing inflammation. It seems to have similar pain-relieving effects whether it is raw or heated.

A  study performed at the Copenhagen University Hospital in Denmark compared the effects of a ginger extract, ibuprofen, and betamethasone, also known as cortisone, on inflammation caused by rheumatoid arthritis and osteoarthritis. Results showed that the ginger extract worked as well as both the ibuprofen and betamethasone at reducing inflammation. Like betamethasone, it also reduced cytokines. These are substances released by the immune system that can lead to inflammation and inflammatory pain. Ibuprofen was not found to have any effect on cytokines.

The critical difference between ginger extract and betamethasone is that ginger does not come with adverse side effects. Betamethasone, on the other hand, has a long list of potential side effects. These include seizures, high blood pressure, depression, weight gain, and severe headaches, to name only a few.

There are many ways to enjoy fresh ginger. You can brew a tea using four or five slices of the fresh root steeped to desired strength in boiling water. Or, you can chop it up and use it in a variety of recipes. You can also simply chew on a piece of raw, peeled ginger.

Antioxidant-rich olive oil is thought to be one of the main reasons behind the positive health effects of the Mediterranean diet. Virgin and extra virgin olive oils boast a phenolic compound known as oleocanthal. This has been found to reduce inflammation throughout the body.

The authors of a study performed at Deakin University in Australia write,

Some of these studies discovered that oleocanthal works by blocking the body’s production of inflammatory COX-1 and COX-2 enzymes. The class of pharmaceutical painkillers known as Non-Steroidal Anti-Inflammatory Drugs (NSAIDs), such as aspirin and ibuprofen, work by inhibiting these enzymes, as well.

Dr. Paul Breslin explains, “By inhibiting these enzymes, inflammation and the increase in pain sensitivity associated with them are dampened.”

Extra virgin olive oil is perfect as a massage oil to soothe aching muscles and joints. It also works great as a base for mixing essential oils for massage application. Wintergreen oil and peppermint oil are two other ones to try for muscle and joint pain.

Drizzling extra virgin olive oil on your foods, especially salads with spinach, kale, and other super-greens, may help reduce inflammation throughout your body’s systems.

This beloved ingredient has anti-inflammatory, antibacterial, antiviral, and antifungal properties. It has been used since ancient times in the treatment and prevention of several chronic illnesses. The antioxidant compounds found in garlic may give your immune system a much-needed boost if you are suffering from a chronic ailment.

A  study performed at the Namhae Garlic Research Institute in the Republic of Korea found that allicin, a compound in garlic, reduced the body’s production of inflammatory cytokines. However, this study also found that when raw garlic extract was heated, it lost some of its anti-inflammatory properties.

This shows that in order to get the most anti-inflammatory benefits from garlic, it should be eaten raw and not heated at all. Add raw, chopped garlic to salads, salsas, guacamoles, and other spreads and dips. You can also choose to eat the cloves on their own or with some olive oil, but the taste may prove to be too strong for many people. One great way to eat raw garlic is to chop a clove and combine it with some raw honey. This makes it much more palatable.

While it might seem obvious, drinking water really is critical for pain-free joints. Staying hydrated can help fend off stiffness, pain, and inflammation because cartilage, which acts as a cushion for the bones at the end of a joint, is mainly made up of water. On top of this, water is an essential component of the synovial fluid that lubricates cartilage and keeps it functioning the way it should.

Start every day with a glass of water before eating any food since you likely wake up somewhat dehydrated. Make water your default drink throughout the day. Carry a water bottle with you and add fresh fruit if you need a hint of flavor. Choose water instead of soda, which is full of sugar, aspartame, and phosphoric acid and can affect your body’s ability to absorb calcium.

Turmeric has long been used in Indian Ayurvedic medicine as a pain reliever due to its active ingredient, curcumin. Curcumin is the pigment that gives turmeric its characteristic yellow-orange color, but it is also responsible for dramatically reducing inflammation in the body.

This compound has been shown to impact a wide range of genes in the body, inhibiting the activity and synthesis of cyclooxygenase-2 and 5-lipoxygenase, and several other enzymes responsible for inflammation. A study of 100 subjects suffering from osteoarthritis who were given 200 mg of curcumin daily found that curcumin was considerably more effective in reducing inflammatory markers than the control group, which was given popular NSAIDs typically used in the treatment of arthritis.

Onions are loaded with antioxidants, including a flavonoid antioxidant known as quercetin. Quercetin has been shown to possess potent anti-inflammatory properties, as it helps prevent the oxidation of fatty acids. This process, in turn, leads to fewer pro-inflammatory molecules produced in the body. Much of the flavonoids in onions are concentrated in the outer layers.

Additionally, onions contain allium, an organosulfur compound that has been linked to the prevention of system-wide inflammation.

Tea is one of the best beverages for sore and creaky joints due to its many health benefits. Green, black and white teas are all rich in anti-inflammatory compounds such as polyphenols. Green tea is generally viewed as the most beneficial because of its active ingredient, epigallocatechin-3-gallate or EGCG. EGCG has been shown to have antioxidant activity 100 times more potent than vitamins C and E, preserving cartilage and bone. Green tea also contains theanine, which is known to have a relaxing effect on the body. This could help relieve stress-related tension in the muscles and joints.

Tart cherries contain phytonutrients called anthocyanins, powerful antioxidants that are responsible for the deep red color of this delicious fruit. Scientists have discovered that tart cherry anthocyanins provide an effective reduction in inflammation associated with pain and have determined that they have comparable effects to the NSAID indomethacin. This effect is associated with the ability of anthocyanins to counter oxidative stress following an inflammatory flare-up.

Tart cherries have also been shown to be effective against gout, a painful form of arthritis that causes swollen joints due to uric acid buildup in the bloodstream. People who consumed two servings of tart cherries reported a significant reduction in their serum urate levels and a decline in inflammation, both of which are strongly associated with gout.

When tempted to turn to potentially dangerous drugs for relief from sore and inflamed joints, instead take a look in your refrigerator and pantry for nature’s best remedies.