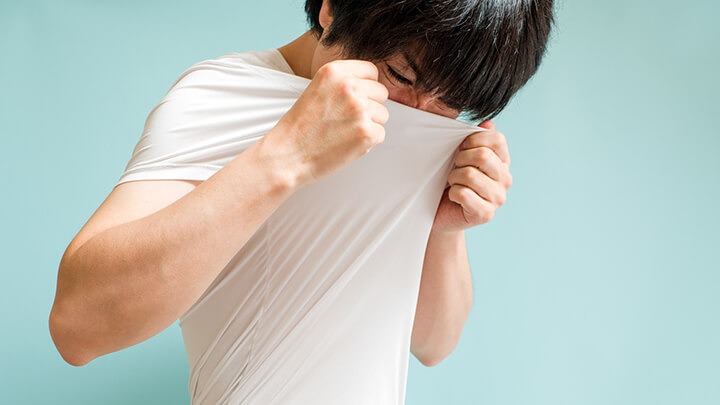 To say Parkinson’s disease (PD) stinks would be an understatement. The symptoms of this increasingly common condition include debilitating tremors, severe muscle stiffness, impaired speech, poor balance, cognitive difficulties, sleep disturbances, depression, postural problems and a host of other progressive symptoms that can rob a person of their independence.

The actor Michael J Fox, the boxer Muhammad Ali and Pope John Paul II are just a few of the prominent individuals who have suffered from Parkinson’s… and they provide an example of how PD can strike anyone; no matter how wealthy, famous or pious they may be. Parkinson’s disease rates are rising and current estimates are that over one million people in the United States alone are affected, including 60,000 new cases that are diagnosed every year.

The smell of sickness

There’s another reason that PD stinks, which has less to do with the medical symptoms, and more to do with the subtle but detectable change in body odor that occurs in Parkinson’s patients. This “smell of sickness” may sound like it just adds insult to injury but some highly-respected physicians and scientists now believe that detecting disease trough odors could give doctors a huge leg up when it comes to preventing and treating PD.

Detecting Parkinson’s as soon as possible is critical. That’s because by the time even minor symptoms begin to manifest — a slight tremor in one’s fingers, hands or lips — over 80 percent of the cells in a part of the brain called the substantia nigra have already been destroyed. That neuronal cell death is what is responsible for the slow shuffled movements, poor balance and impaired coordination that we see in people with Parkinson’s. This is why early diagnosis and treatment is key to a good prognosis.

That’s because patients are especially vulnerable to secondary problems such as falls. But there is a lot of evidence that both a neuroprotective diet and exercise can help delay the onset of Parkinson’s.

The nurse who can smell disease

The idea of using scent to diagnose Parkinson’s has gained traction in the medical community thanks to a woman named Joy Milne. She is a former nurse who throughout her career claimed to be able to identify the smells associated with a variety of illnesses (a talent that baffled most of her nursing colleagues).

As it happened, Joy’s husband, Les, was diagnosed with Parkinson’s at the age of 45. Prior to his diagnosis, Joy had begun noticing that her husband’s body odor had changed.  She described it as a “woody, musky odor” which she initially thought might have been hygiene related… but poor Les had was still showering every day and had made no changes to his diet, lifestyle or personal hygiene routine that could have explained the change in his body odor.

It wasn’t until 2012, when Joy and Les went to a PD support group meeting that everything changed. Joy noticed that all of the PD patients in the room had that same woody, musky body odor. And then, 17 years after Les had been diagnosed, Joy mentioned the odorous phenomenon to a Parkinson’s researcher, Dr. Tilo Kunath, who was intrigued by her observation. He designed an experiment using t-shirts worn by PD patients and t-shirts worn by controls and put Joy to the test. Amazingly, Joy was able to accurately PD patients nearly 100 percent of the time simply by smelling their clothing.

A new way to detect Parkinson’s

Now, scientists believe that changes in the skin of people with Parkinson’s produces a particular scent linked to the disease. This odor appears to develop well before the telltale symptoms such as tremors, rigidity and mobility problems appear. Ultimately, researchers hope to find the molecular signature responsible for the odor with the aim of developing a simple diagnostic test like wiping a person’s forehead with a swab with the goal of finding the disease before it becomes symptomatic.

This research gives a whole new meaning to the idea of the “sniff test.” Researchers are even looking at how dogs can get involved. Studies have previously demonstrated that canines have remarkable reliability when it comes to detecting cancer, diabetes and even migraines. If the work of researchers like Dr. Kunath is on track, we may soon see dogs providing early detection services for people at risk for Parkinson’s disease.

Parkinson’s is a serious neurological disease

I couldn’t agree more with professor Perdita Barran when she says, “Parkinson’s exacts a huge societal cost as well as being devastating to the patient and their family.” Finding ways to identify Parkinson’s through scents and other early markers could be a huge step forward in terms of prevention and treatment.

Parkinson’s is a serious neurological disease, and we need all hands on deck to help those who are suffering with it. In addition to the conventional medications used to treat PD, there is strong evidence that natural medicine — including a neuroprotective diet and exercise and herbal/nutritional medicines — can play a role in delaying the disease, mitigating its symptoms, and improving a patient’s prognosis. Parkinson’s may stink, but the fact that it does is helping scientists develop early detection tests that will improve outcomes for many people.